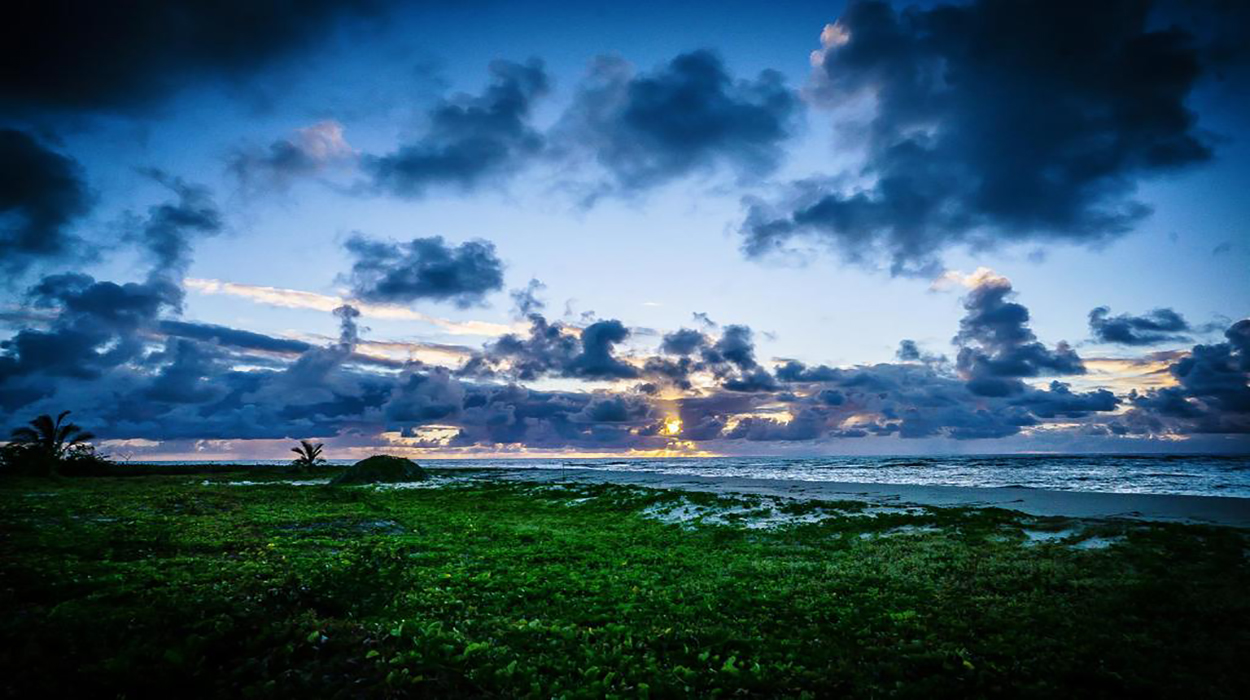 The Udêxerê Eco House, located in Vila de Santo Antonio, is a family project that was born from the dream of a doctor and values ​​the nature and the local population

Udêxerê means "meeting" in the Pataxó language and was the name chosen by the doctor Alberto Plenamente to baptize the inn that he dreamed for years and inaugurated in the New Year's Eve of 2017. Situated on the corner of the Santo Antônio River with the sea, municipality of Santa Cruz Cabrália, south of Bahia, the inn was designed and built in every detail by Alberto and his faithful squire Isael, a local.

At age 17, Alberto went to Bahia and, Jorge Amado's reader, has always been fascinated by the stories of the region. Then he started to go to the south of the state and went there almost annually, when he wanted to disconnect. "The south of Bahia has always had a very strong magnetism for me." With this passion and the desire to have an alternative life in the future, with more quality of life, began to dream of a hostel in the region. With his daughter Natalia, he even designed and imagined the enterprise in paper napkins. He bought the land 12 years ago and built a family home first. Then it began to shape the project of the inn, which needed a huge structure behind, such as road construction, artesian well, water treatment system and electric power grid.

The construction took many years and revealed some surprises. Two decades ago, Alberto imagined the lodge with bungalows on a lake, but when he found this land, the project had to be different to fit the nature, since the goal was to build something that did not hurt too much. But in the middle of the work, water began to rise in a lower area, forming a lake that now surrounds the pool.

Some pieces brought from India, on a trip made by Alberto a year before finishing the work of the inn

It was the doctor who idealized all the details of the inn, the decoration, the landscaping. And he executed his ideas with Isael. After him came Mrs. Celia, now cook of the Udêxerê, and Juscelino, who helped with the garden. "We gave them the opportunity to discover other abilities and to develop themselves," said Natália Plenamente, who is now working on the project. also runs the inn.

In addition to the workforce, local crafts were also valued: beds and some furniture were made by a craftsman, the Rat, from the community of Guaiú, near there.

Altar with pieces of clay made by Lourdes do Amaral, niece of Tarsila do Amaral

What came from outside were elements of decoration, which fill the spaces of affective memory. In one of the social areas is an altar with items that were family. "The coolest pieces of clay were made by Lourdes do Amaral in Piracicaba. She was Tarsila do Amaral's niece and had a great influence on her aunt," says Natália.

All these stories were lovingly shared by Natalia when she received the Casa Vogue staff at the inn in early November. And in every corner of the Udêxerê Eco House, which has 10 rooms, it is possible to feel the affection placed in the project. "Our main objective is to make the guest feel at home, leave with longing, but knowing that he has found new friends and that there is a house always waiting for him in the south of Bahia", completes Natália.